The World is Not Made to Fight Poverty 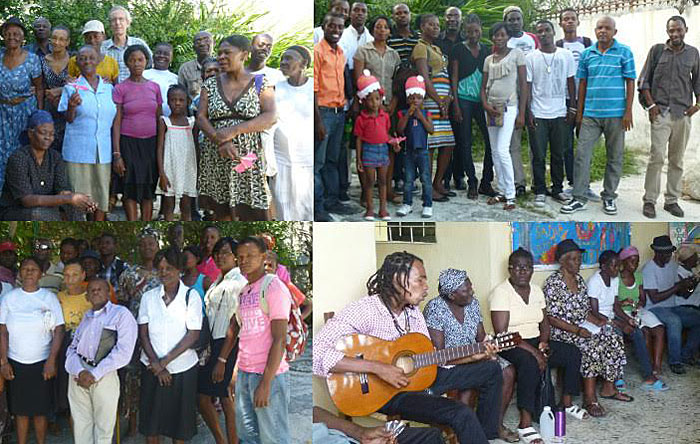 In Port-au-Prince, Haiti, adults who are members of the Committee to Rally the Fourth World, youth from the reading group, members of the council of friends, parents and those who work with preschoolers and the ““Welcome Babies” project, and volunteers of ATD Fourth World, all put their daily routines aside for an afternoon to come together to celebrate the 100th birthday of Father Joseph Wresinski, founder of ATD Fourth World.  Forty-five people participated to discuss how to make Father Joseph’s message more widely known to others, and to inspire family, friends, and communities.  After welcoming participants, followed by a time of recollection, and then presentations, the participants discovered the Stop Poverty call to action and together watched the film, Encounter with Joseph Wresinski, by journalist Claudine Faure.

Each participant then discussed what the filmed interview with Father Joseph meant to them and from that what they would like to share more broadly within their respective communities.  The following are some comments from those group discussions:

After these exchanges, the participants saw that they would have much to share throughout the year.  They inquired as to how they could continue:  they planned how people could sign the call to action if they wanted, and how they could communicate through Stories of Change.  They concluded the meeting by signing Milyonven (Verses in Honor of the Fourth World) with Jean-Francois Gay.