Skip to content
Home > Europe > France > The Invisibility of Women in Poverty: Yesterday, Today and Tomorrow?

The Invisibility of Women in Poverty: Yesterday, Today and Tomorrow? 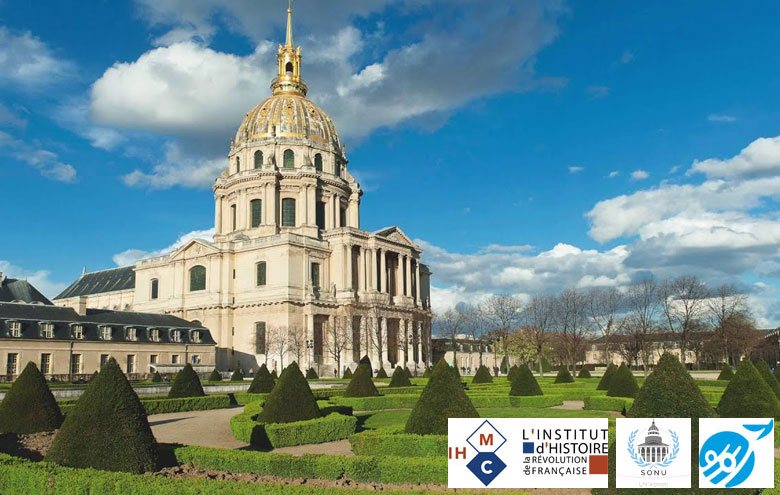 On 28 April, an online conference at the Sorbonne University in Paris titled “The Invisibility of Women in Poverty: Yesterday, Today and Tomorrow?” highlighted both resilience and interconnectedness.

Moderated by the historians Michele Grenot from ATD and Pierre Serna from the Sorbonne, the panel of speakers included three pioneering women: Michelle Perrot, activist and emeritus history professor at Paris Diderot University; Diane Roman, law professor at Paris 1 Pantheon-Sorbonne; and Naomi Anderson, ATD Volunteer Corps member who has worked in the UK and in Marseille.

The event followed two years of interactions between Sorbonne professors and ATD Fourth World members. Three students moderated the discussion, and the UN Women section of the Sorbonne-UN student association took part in the preparations.

Michelle Perrot spoke of the historical dimension of the invisibility of poor women. In France, they have received little attention until the 1970s.  The Covid-19 crisis, she pointed out, has revealed more about women in poverty and their dire living conditions: violence, food shortages, child care struggles, etc. These women live in society’s shadows. Now, however, we see them on the front lines of the pandemic, either as care-givers or in low-wage jobs such as cashier or cleaner.

Although history paid little attention to women in poverty, Michelle cited their appearances in fairy-tales such as Little Red Riding Hood. Certain literary works such as Victor Hugo’s Les Misérables and George Sand’s The Country Waif also detail the conditions of poor women and their children. Michelle highlighted Julie Daubié, the first French woman to obtain the baccalaureate, who wrote “Poor Women in the 19th Century”. She also cited in-depth research led by the French Labour Office in 1906 about female tailors who often lived alone in abominable conditions.

Following the May 1968 civil unrest in France, and with the rise of technology, it became easier to give these invisible women a voice by simply handing them a tape recorder. This was how stories of poor women were first recorded. Joseph Wresinski, founder of ATD Fourth World, was always conscious of the importance of documenting and archiving oral history, allowing people to tell their own stories.

Other factors keeping women in poverty, Michelle explained, include gender discrimination, lack of contraception, and the expectation that they will manage all household tasks. In addition, many working-class women immigrants to France have been vulnerable to economic exploitation.

In conclusion, Michelle noted that the Covid-19 crisis is an opportunity to hear the voices of women who run households while doing the essential work of cashiers, support workers, teachers, and nurses.

The next speaker was Diane Roman who presented legal and economic aspects of the invisibility of women in poverty in France.

Referring to the 1970s slogan “care is burden”, she criticised the unshared burden of domestic work between women and men. In France, the value of this work is estimated to be 60 billion euros, or a third of GDP. Although it is not monetized, economists know that society could not function without these women hard at work at home.

Diane cited the work of Magdalena Sepulveda, a Chilean former UN Special Rapporteur on extreme poverty and human rights. During her mandate, she published a report that described domestic work as an infringement of women’s fundamental rights. These rights include equal pay, social security, the right to education, and respect for private life, as well as civil rights such as participation in social and political functions. Sepulveda called for governments to recognize domestic labour because including women in the labour market would improve economic growth and help reduce poverty.

Citing another 1970s slogan, “the private is public”, Diane stressed the need for government action to stimulate a redistribution of the workload within households. In France, even though parental leave exists for both new parents, it is rare for fathers to take it. Diane proposed that governments provide nurseries as a public service to help mothers return to work. She also recommended that governments lengthen paternity leave, which is currently only 11 days long. A greater investment by fathers in household tasks would go a long way towards overcoming the economically insecure situation of women, allowing them to make choices based on professional aspirations rather than economic constraints.

Voices of women in poverty

Finally, Naomi Anderson stated that society does itself a disservice by ignoring women in poverty because work for gender equality will be fruitless if their unique experiences are hidden.

Because women tend to be more involved in caregiving, they more often need to rely on social benefits, Naomi explained. The most difficult part of poverty is the lack of autonomy over one’s life. She cited women describing the humiliation of needing food banks or of being shamed for caring for family members instead of having paid employment.

Women in poverty experience unique hardships, Naomi said, speaking about a woman in New York City who told her that when she was homeless she could not afford any sanitary products to use during her period.

Naomi commented that feminism often highlights the importance of independence and self-acceptance. However, these goals can be a particular challenge for women in poverty because of the shame and humiliation they may experience related to using public benefits or to being considered “failures” in life. Their responses to harsh life realities are anything but “failures”. She described the strength it takes for women in poverty, while being buffeted by so many punishing forces outside their control, to put all their energies into ensuring survival for themselves and their families. To help achieve a more equitable world, Naomi said, feminist activists need to build more bridges with women in poverty. By including their realities and voices, the impact of feminism will be strengthened. The courage of women in poverty to speak out inspires Naomi.

An ATD activist speaks out

Naomi presented a video of Moraene Roberts, an extraordinary ATD-UK activist who passed away in January. In the video, Moraene appeals for an end to social stigmatisation of people in poverty, describing this as an act of violence. Behind this violence, Moraene explains a process: lacking basic human rights, people in need internalise anger against society and themselves. This is then reported by mass media as “proof” of their danger, further aggravating the cycle of alienation and social dichotomy.

Everyone should have the opportunity to be their best selves, to grow and to demonstrate their skills, Moraene states. Organisations and governments should ask people in poverty what they need instead of apportioning inadequate and ill-adapted help. In addition, assistance programs pressure people in poverty to meet unrealistic expectations; and then blame them for their failure. Social assistance programmes can even penalise people for volunteering or helping neighbours. Any small deviation from programme requirements can have huge legal repercussions. “When in poverty, you can’t win”, Moraene concludes.

I hope that such conferences spread awareness of the situations and muffled voices of people in poverty, especially women, in order to ensure that even when in poverty, you can win. A recording of the conference will be available from ATD’s Joseph Wresinski Archives and Research Centre after 18 June 2020.