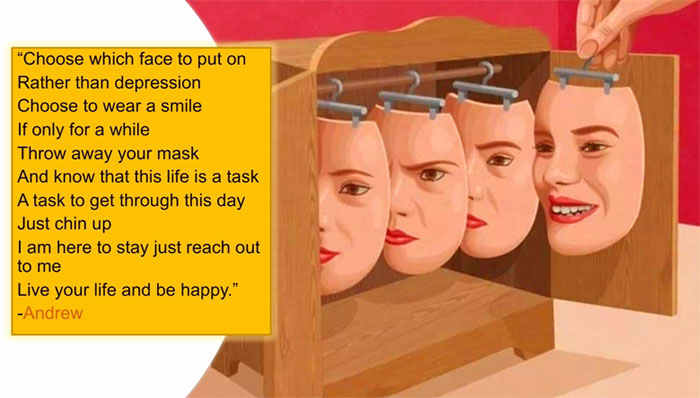 Above: Poetry written in the “Lockdown Liberties” group.

“Writing poetry–it got me out of my head where I was imprisoned for a while. It let me focus on what matters in my life… not only on how I want to achieve goals, but the love I have for my wife who has truly impressed me with her writing skills. Together we are a force to be reckoned with…  Without this group, I would have been a prisoner to my mind.”

Andrew in Ireland was talking about the online writing group ATD set up during the pandemic. What does a writers group have to do with overcoming poverty? While the connection may not be obvious, it is clear that this activity made a huge difference in people’s lives.

Paul, an longtime Activist with ATD in Ireland, says the group has been important to him too. Not only has it helped his mental health by connecting him with others, the group has also helped him talk about tough topics.

“Through the medium of poetry we were able to break the ice”, he says. “A lot of us have experienced hard times.” Being able to exchange what they write has “led [group members] to be able to open up to each other in a way that was not as difficult.”

With ATD, Paul has found many ways to speak out about poverty and help create the community support that is so important when people are struggling. Recently he wrote a piece for ATD’s March campaign to raise awareness about the Sustainable Development Goals (SDGs). In the article, he talked about the need to stick to the “No One Left Behind” promise of the SDGs. Despite these promises, Paul poined out, families in Ireland are very much being left behind during the pandemic:

Wherever ATD works, an important goal is developing connections between people, especially those who become isolated due to poverty. As the pandemic forced everyone to stay at home, many began to feel the social isolation and lack of connection that families in poverty experience even during normal times. So when lockdown measures began pushing people further into loneliness, ATD went to work.

“One of our efforts to reach out and develop something during this difficult period,” Paul continued, “was the creation of our new “Keep Connected” page on Facebook. This was a simple idea of trying to be there for people by sharing news but also bringing some humanity and beauty into people’s lives. Even in the virtual realm we were sharing art, music, stories, jokes, poetry and creating a space where people could share and reflect on things happening in life if they wanted to. Our aim was really for people to know we were there!”

“Even though the curtains might be pulled closed there is always a crack where light gets in”.

“We wanted to be that lifeline if needed”, explained Paul.

The success of the “Keep Connected” page led to a private online writers’ corner called “Lockdown Liberties”. There, says Paul, “a small group began to share personal writings, poems, hopes, dreams, and reflections on life. The peer support nurtured between the writers was really strong. We encourage each other to write and continue to share some very powerful poems.”

“This smaller group was formed as a result of people reaching out to others outside of their usual circles due to originally being part of the Keep Connected Facebook page. Through this, we discovered a lot of people who were experiencing a sense of being left behind during the lockdown situation…”

The Writers Corner, Paul says, “has led to an increasing amount of interaction with people who were in isolation and being overlooked in the midst of the restrictions imposed upon society during this Covid period.

“Through the medium of writing, i.e., poetry, short stories, and personal reflection using the creative process, we were able to reach out to and engage with a lot of new people […] As small as our action was at the offset, it has really grown into something far bigger than first thought. It has inspired others both in Ireland and further afield to reach out and to build connections within their own networks and further afield using social media platforms, etc.”

“It gave me a sense of achievement”

Like many others, Philip also found these relationships helpful. “The Lockdown Liberties writing group has helped me to smash the lock in”, he says. “Learning off the other participants, making and reading some great poems and stories. It gave me a sense of achievement. It was a pleasure and joy to collaborate with the group.”

The pleasure and joy of writing has been a sustaining force for those in Lockdown Liberties who have bonded with new friends and discovered the power of self-expression. Sharing troubles, feeling less alone, escaping the prison of the mind are important for everyone. But especially for those who suffer the isolation and shame of extreme poverty, they are a lifeline during the pandemic. Just knowing there is someone who understands and cares is key when discouragement starts eating away at motivation and hope.

“We kept our humanity intact and remained in close contact… thanks to the group”, Paul explained. “It allowed people to express their fears, concerns, and joy in a safe trustworthy space. That is something that is not too be underestimated in the very surreal situation that is the lockdown and the extreme restrictions people had to endure.”

“It’s all stemmed from that”

But it’s not just about surviving hard times. Every year, ATD Ireland organises another opportunity for self-expression that many find transformative. In October, on World Day for Overcoming Poverty, people living in poverty every day speak out while others listen. This has a profound impact on everyone.

In one of the videos found here, Paul talks about his own experience getting up in front of a crowd. “It’s all stemmed from that”, he says about changes in his life that have occurred since his first experience speaking publicly.

See more people describe the impact of the World Day to Overcoming Poverty on their lives.