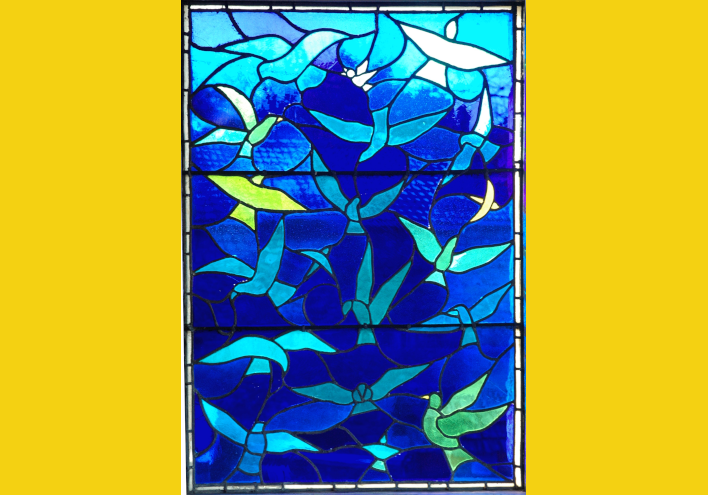 Recently, Volunteer Corps members Tony and Cathy Low left the ATD team in Geneva, Switzerland for a new mission in Thailand. Their colleagues noted the couple’s special touch, particularly the sensitivity and respect they bring to their work.

Cathy and Tony didn’t start off working with ATD together. Cathy, who is French, joined the Volunteer Corps in 1987. Tony, from Singapore, joined in 1993. It was in the Philippines, in a Tagalog language class, that they first met. Married in 1994, they’ve shared a common goal for thirty years. Both are committed to supporting the most vulnerable in their struggle against poverty and to collaborating with others who share their objective.

Tony first met ATD when he was a student at Atteneo de Manila University in the Philippines. There, ATD members invited him to help in a Street Library with families who lived under a bridge in Manila. Tony recalls,

“We asked the children, ‘What does peace mean to you?’ One child responded, ‘For me, peace is having a window’”.

The theme of windows keeps coming up in Cathy and Tony’s responsibilities. The ATD Volunteer Corps is like a window that helps society see people in poverty in a different light.

In 1993, Tony joined the Volunteer Corps at the International Center in France with 30 other new members. Like many others, he started off doing manual work with Bernard Jahrling, one of the first members of ATD in France, who used to oversee construction and renovation at the Center. There, Tony learned how to cut stones and build walls. “This work is also part of building ATD,” Tony explains.

For Tony, windows are also part of creating beautiful things. As a Volunteer Corps member, he learned how to make stained glass with Jean Marq, another Volunteer Corps member who worked closely with families in poverty. And in 2017, Tony was one of the 300-strong choir of the musical theatre “Hidden Colors” with Jean-Marie Curti, a Swiss conductor.

ATD has always encouraged its members to express themselves through art and to create beauty in their lives. This is because creative workshops and cultural activities are essential tools in working with people in poor communities.

Windows can also represent the chance to meet different kinds of people and discuss ideas with them. From people with very hard lives, Tony has learned about the courage it takes to face adversity and how humor can help you stay positive. Tony often thinks about particular people he has met over the years: Maria Jones or Helena Robinson, ATD Activists in Great Britain, and Allies Ruby Wiltcher, Jeremy Boutwood, and Margaret Howells.

Cathy: ATD put into words something I had always felt

Cathy saw herself working for a cause when she was quite young. She sensed injustice without being able to put her feelings into words. However, her activism began to take shape after meeting one particular person.

Describing her childhood, Cathy said, “I come from a family of farmers and lived in the countryside. So I know what it means to work hard. When I was young, I did lots of different jobs. However, I didn’t see a lot of meaning in this kind of life: working, having a family, etc. Honestly, the established norms bothered me a little.

These questions steered Cathy to humanitarian studies where she had to do an internship. That was how she found ATD Fourth World. In 1987, the first World Day for Overcoming Poverty was well attended in Paris and got a lot of publicity. Joseph Wresinski’s speech and the words of an ATD activist that she saw on TV resonated for Cathy. She saw that poverty was not only something in far away places, but also very present in her own country.

“When I heard Joseph Wresinski speak, it was the first time that someone talked about shame and poverty as unnatural. He put words to feelings that I couldn’t say to myself. There were three ideas in what he said that especially challenged me: shame, refusing to accept poverty as inevitable, and the importance of unity.

“When people live in poverty, they are weighted down by shame. And Wresinski challenged us all when he said, ‘Poverty is not inevitable. It is the work of mankind and only mankind can destroy it.’ Finally, unity is so important in this struggle. So for me, ATD is like a window that opens to another perspective, a new way of thinking about things and therefore a new way of working.”

What a child sees

Throughout their thirty years together, Tony and Cathy have worked with ATD in the Philippines, Great Britain, Switzerland, France, and the United States. They are now in Thailand with regional responsibilities in Asia. Cathy describes the Volunteer Corps experience as something of an upheaval in her life:

“To return to the window metaphor, I think of 10 year old Michael. His family was one of the poorest we knew in Hilum, Manila. To earn a living collecting trash, they moved to live on a landfill. When I went to visit them, I saw that their house was made of four pieces of sheet metal on a mountain of garbage. Within the sheet metal was a hole, like a window. This image is still very moving for me.

“’Look how beautiful the sea is!’ Michael said to me. And you could actually see Manila’s bay in the distance. But I hadn’t seen it. I had only seen the poverty. He was looking farther.”

More on the ATD Volunteer Corps