Home > Where we are > Africa > Senegal

"Together we have the strength to overcome poverty."

In Senegal, ATD Fourth World encourages everyone to get involved. ATD brings together people from different social backgrounds in activities to overcome poverty. Those who know extreme poverty well because they have lived through it seek to overcome prejudice by describing their perspective and experiences to others. Those who have not experienced poverty encourage others to respect the rights and dignity of people who live in disadvantaged communities. Young people volunteer in activities that break down barriers and overcome judgemental attitudes that hold back the children of families living in extreme poverty.

ATD Fourth World has been working in Senegal since 1982.

“Today, millions of men, women and children are saying ‘no’ to poverty and shame because, yesterday, people whom the powerful treated as slaves asserted that they were human beings. Countless people have died over three centuries so that this can never be forgotten.”

What Is Extreme Poverty?

ATD’s work focuses on extreme poverty. But what is extreme poverty? In countries where many are well off, it’s easy (…) END_OF_DOCUMENT_TOKEN_TO_BE_REPLACED 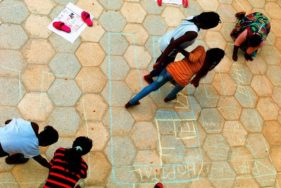 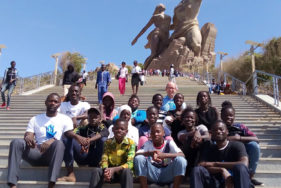 Knowledge in the Streets of Senegal

The ATD Fourth World team in Senegal is striving to meet new people living in poverty and win their trust. (…) END_OF_DOCUMENT_TOKEN_TO_BE_REPLACED