Home > Where we are > Africa > Ivory Coast

Our team in the Ivory Coast works in several neighborhoods in Abidjan, organizing Tapori groups and Street Libraries run by groups of young people.  In Bouaké, our team maintains a House of Arts and the Family, a space where members of ATD Fourth World can come to meet, and where we also run activities for children.  In collaboration with l’Arche, a local organization devoted to the disabled, we also facilitate encounters between disabled children and those who are not disabled.

The different Tapori groups come together on important dates, such as the Day of the African Child (June 16), the World Day for Overcoming Poverty (October 17), and the International Day for Children’s Rights (November 20).  During school vacations, we organize activities in the neighborhoods and trips outside the city.

Since 2007, we have also invested in partnerships with private organizations or governmental institutions to organize debates, discussions, and exhibits.

ATD Fourth World began its work in Ivory Coast in 1981 with a Fourth World volunteer who worked as a nurse in the Bouaké prison camp.  While our activities stopped for several years during the civil war, our presence continued thanks to young people who worked in their own communities so that the creativity and intelligence there were not lost. 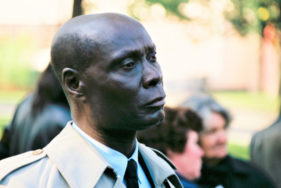 Mr Anoman: The Path of Hope 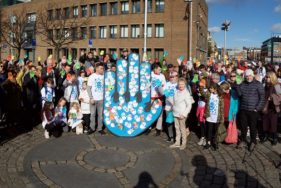 The thirtieth anniversary of the World Day for Overcoming Poverty (October 17 ) was celebrated throughout the world in 2017. People from many (…) END_OF_DOCUMENT_TOKEN_TO_BE_REPLACED