Skip to content
Home > Europe > France > In the Resistance: Past and Present

In the Resistance: Past and Present 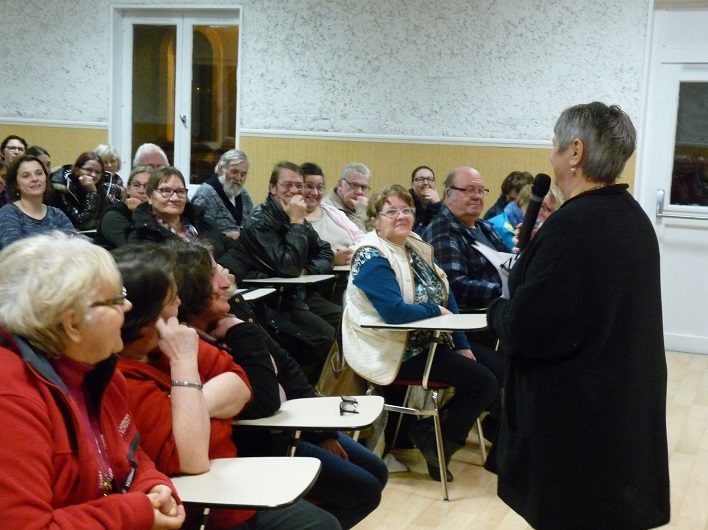 On 27 May 2015 in Paris, Genevieve de Gaulle Anthonioz, a hero of the French resistance during World War II, was inducted into the Pantheon, a monument dedicated to French national heroes. Martine Le Corre, an activist of ATD Fourth World, spoke on this occasion at ATD’s national center in Montreuil during a public event entitled “Putting an End to Misinformation About the Poor.” The following is an excerpt from her speech:

“I believe there are two types of resistance. One is resistance by people who are trying to survive, trying to exist. This is a kind of resistance that few imagine, that we are not even aware of, because we have become so accustomed to human misery that we now see it as little more then an expected reality.

“Then, there is the other type of resistance which happens when people decide to take an active stand. This is the kind of resistance that is punished when it is discovered.

“Let me give an example. When you’re poor, you just can’t bear to see anyone be homeless, so you want to help out by offering shelter. But because we are poor and are stuck in difficult situations ourselves, we are reproached for such acts by landlords and social workers.

“This is the crazy thing about society: it accepts that we, the poor, live dependent on the assistance of charity and welfare; but it does not accept any attempt on our part to act in solidarity with others as resistants.

“It is reactions like this that break and rob us of our will to resist and that reduce the poor to the selfish mentality of: ‘Just take care of yourself and that will be good enough.’ Society pushes us to become selfishly individualistic — which is exactly what we do not want to be.

“Fr. Joseph Wresinski convinced us that we should resist constant attempts on the part of the system to pit us against one another despite our shared state of poverty.

“Recently, in family court, judge decided to send children to foster care. In his closing statement, the judge admonished the children’s parents for never having gone to the local food banks. But, for the parents, not wanting to depend on the food bank represented a calculated and intentional act of resistance!

“For me, this judge’s statement demonstrates the level of ignorance in our society about people in poverty and our capacity to support each other with the help of our family, neighbors, and friends.

“The same judge did not take note of the fact that the family had had its electricity cut for a period of eight months and that the family was able to manage only thanks to neighbors who allowed them to hook up to their electric wiring. That act is considered an unacceptable form of resistance. And yet it was due solely to this support from other poor neighbors that this family was able to send their children to school with clean clothes and have the lights on when they did their homework. The neighbors managed to avoid having the family be singled out. This desire to live a life closer to normal is what drives organized resistance in our communities.

“In this same vein, I am thinking about a mother whose son had been removed from her custody. When he was 15, he was hit by a truck and killed. When the mother received a financial death benefit, she had to fight incredibly hard to simply have the right to spend the money on her own son’s tombstone. This was because the mother was on public support and subject to the legal guardianship of the social work system. Her case worker considered her choice of tombstone to be too expensive and said she should instead save as much money as possible because, ‘You need that money yourself.’ The mother replied, ‘That money is not mine, it belongs to my son.’

“For me, a situation like that shows how important it is for people to resist. Our resistance must push others to respect our choices in cases like this where people of any other background would never be told what to do.”