Skip to content
Home > Africa > Tanzania > What Future Do I Want for My Street Library?

What Future Do I Want for My Street Library?

Posted on 1 August 2022
This page is available in Kiswahili 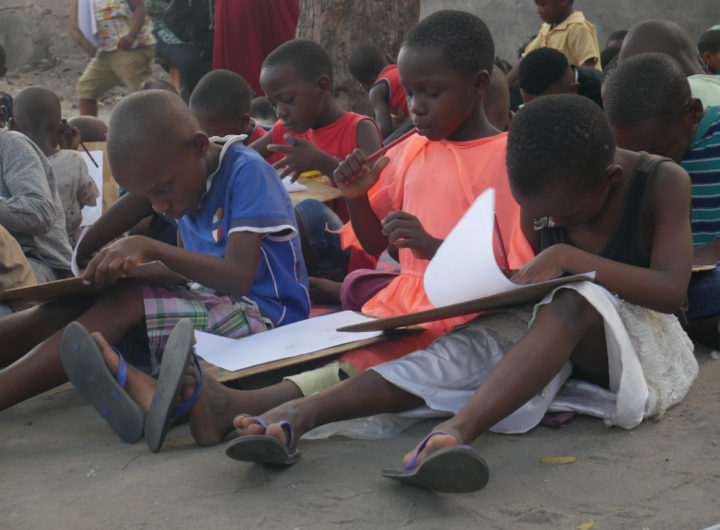 The Street Library program in Tandale is ATD Fourth World Tanzania’s longest lasting activity. It started 20 years ago in this Dar es Salaam neighbourhood where several families live in extreme poverty. This program began as a way to be close to the families of Tandale, identify those most disadvantaged there, and have a strong presence in the neighbourhood.

In 2021, ATD Tanzania decided to evaluate the Street Library in Tandale in order to better understand the effectiveness of the program and improve it. Central to the evaluation was understanding the views and the opinions of the local community. The evaluation’s findings will also be used to inspire the creation of other ATD Tanzania activities.

The evaluation was carried out by a committee consisting of two ATD activists living in Tandale, two friends of ATD, and two members of ATD’s Volunteers Corps from the team in Tanzania. The committee members came from diverse backgrounds. They were all very knowledgeable about the Street Library in Tandale, either through organizing it or living in the area where the program takes place. The committee worked in accordance with ATD’s principle of “shared governance”, listening to the people concerned and not making decisions for them. Each member contributed to every part of the evaluation and each contribution was equally respected.

From February to August 2021

“Through the Street Library program, we learn the meaning of love and mutual respect.”

A child from the Street Library

Many current facilitators grew up in Tandale and participated in the Street Library as children. As one facilitator said:

“We have been raised by the previous facilitators. I was a child when they came to read the stories, and I wanted to become like them one day.”

The evaluation recommended that facilitators receive training so that the Street Library can be run even more effectively.

Another issue that the evaluation brought to light was the Street Library’s location. In the rainy season, sewers can overflow, because many areas in Tandale are a swamp and lack infrastructure. When this happens, children can accidentally step in raw sewage. People living in Tandale suggested that the location of the Street Library should be improved and beautified.

Parents associated with the Street Library also spoke about the issues in local public schools. In their interviews, many said that disadvantaged families cannot access quality education within the public education system. The school drop-out rate is high in the area of Tandale where the Street Library is held. There are several reasons for this such as the cost of school uniforms, learning materials, and examinations; and the shame that HIV-positive people can experience. This makes it even more important to think carefully about each child’s situation, and to support children and teenagers who drop out of school. The evaluation proposed that ATD introduce a programme of tuition underwriting to prevent students from dropping out. This would support those who have already dropped out so they can get back in school or off the streets.

The evaluation also drew attention to Tandale’s high illiteracy rate, which can also be a cause of shame. Some parents suggested that ATD bring back the adult literacy classes it used to hold in order to tackle this problem. 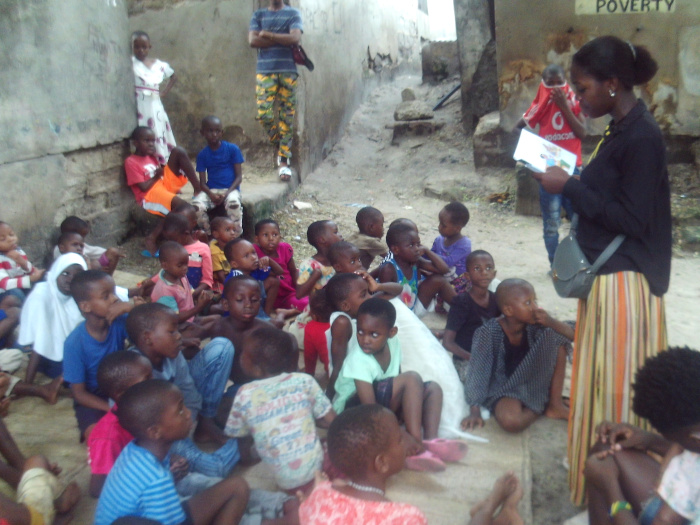 The committee also concluded that Tandale’s lack of infrastructure and health services can exacerbate the cycle of poverty.

In May 2022, ATD presented the evaluation’s findings at the Festival of Learning that year, which took place at the same location as the Street Library. At the festival, ATD held three workshops that drew upon the review: acrobatics, graffiti on the walls, and a reading club led by a children’s author.

More photos from the 2022 Festival of Learning:

The evaluation was an important opportunity for the community involved in the Street Library programme to come together and share their concerns, as well as their hopes for the future. It inspired new ideas that will help in the fight against poverty. The evaluation also showed that poverty is best addressed when people from different backgrounds share ideas that are respected and acted upon. It was also a chance to reflect on ATD and its members’ activities in Tandale more broadly, and what to do next.