Home > Where we are > Africa > Burkina Faso

ATD Fourth World has two teams in Burkina Faso — in Ouagadougou, the capital, and in the province of Ganzourgou.

Our work in both areas focuses on the same objective: using the knowledge of people in poverty to build an educational system that works for everyone and builds a future where everyone can live in dignity.

Working Together So All Children Succeed in School: 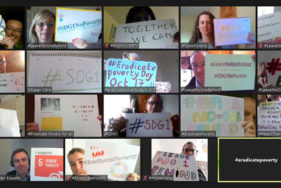 Above: Virtual October 17, in Ireland. October 17th, the World Day for Overcoming Poverty, was officially recognised by the United Nations (…) END_OF_DOCUMENT_TOKEN_TO_BE_REPLACED

How COVID-19 Is Affecting the Most Vulnerable Children

The COVID-19 pandemic has caused hundreds of thousands of deaths in a few months. In a matter of days, it (…) END_OF_DOCUMENT_TOKEN_TO_BE_REPLACED 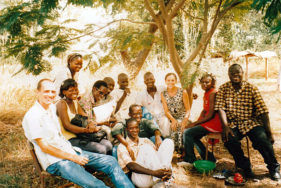 Above: Karen Stornelli, third from right, in Burkina Faso. Hope plays a crucial role in what has inspired and continues (…) END_OF_DOCUMENT_TOKEN_TO_BE_REPLACED