Our Commitment to End Poverty Lies in Our Relationships 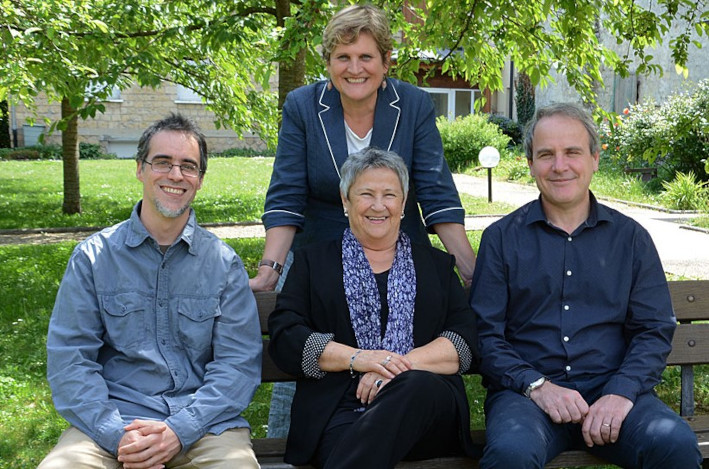 In recent months, the families we know have been spared nothing. Throughout the world, the pandemic continues to rage and the virus to spread. In some places, restrictions make it impossible for children to go to school. In others, work, travel, and social gatherings remain banned.

At ATD’s international centre, international gatherings of members turned into online meetings. Yet having to live with these restrictions made all of us feel a greater need to break free from isolation, to feel connected and open to the world. In order to talk with one another online, we have all adopted unfamiliar tools. We worked hard to continue moving forward together and to remain closely connected with our members. In these challenging times, when everything was pushing us to turn in on ourselves, we stood up to the situation and turned outward.

“How are they doing?”

As a team, we frequently saw the strength of the connections and friendships between ATD Fourth World members. For example, we received calls from members in Mauritius and Canada asking for news of families in Verviers who were hit by the floods that struck Belgium and other European countries last July.

And so many of you expressed concern abut our friends in Haiti as they face gang violence every day and when another earthquake struck the country last August. Then there was Donald in the U.S. who sought news of the young French couple who are homeless and whose children were taken into care. Others contacted us about the families driven out of their homes by floods in Bangui, Central African Republic. Would they finally find a plot of land where they could rebuild their homes, grow crops, and send their children to school?

What about friends in Goma, Democratic Republic of the Congo, who had to flee an erupting volcano? People wanted to know if they were able to go home. And those we know in Beitouna, Lebanon, and in the US – how were they all doing? Through your questions, our team could feel so strongly your concern for everyone on the front lines of these crises shaking the world.

Above all, you have not wanted them to be alone. This is our strength. We can count on one another and this reinforces our resistance and our struggle. For each of us, what happens to other individuals matters. Each life counts; each person has value. This is what we want to nurture.

You did not want those who are suffering to be alone because you are well aware that, while some disasters attract attention, raising widespread interest and solidarity, others occur in silence. Some crises are borne only by those who endure them.

In fact, this is exactly what happened recently to some families in Montpellier in the south of France. Just a few days after the start of the school year, the camp where they lived was demolished. Families were scattered here and there with no offer of adequate or long-term housing. But in this tragic situation, nature was not to blame. Rather, it was the result of the disdain and ridicule that is inflicted on an entire population because of its poverty.

A radical commitment to one another

The radical nature of our commitment to end poverty lies in our relationships. We refuse to let anyone be seen as worthless. And every day, wherever we may be, we all seek to build relationships of cooperation, mutual support, and solidarity. This is at the heart of our work.

For example, in Port-au-Prince, Marie-Ghislaine braved violence and gunfire to leave her neighbourhood and go to the Fourth World house where the ATD team is still working. There she collected food from the nutrition programme for her children, but also for the children of neighbours who could not go out.

In so many other places, members of our movement are involved every day in activities where they refuse to give up on anyone. Day after day, ATD members have fought alongside young parents so they would not be denied the right to see their children in care. Our members supported one young mother, whose rights were violated, ensuring she got a home worthy of the name. Others have organised spaces where families can breathe, find rest, and have a break from their difficult lives. Members have also worked hard to make sure children would not drop out of school.

We saw this mutual support in Bangui where many families joined forces after their island flooded. Having taken refuge on a river bank, they were living under tarpaulins. Béatrice, a friend and Member of Parliament, invited several delegates from this group of families to her home. She had arranged a meeting with representatives of the people who owned the land where the families had settled. The two groups did not know each another. Yet they met around a table to talk together. Without building relationships like these where many perspectives can come together, how can we ever hope to find a peaceful way forward and address such impossible situations?

It is with all these stories in mind – and the stories you all know from your own lives – that we approach October 17. This year, the UN invites us to mark the World Day for Overcoming Poverty with the theme “Building Forward Together: Ending Persistent Poverty, Respecting all People and our Planet”.

For generations, people living in poverty have been exploited, oppressed, and forgotten. In the same way, natural resources are being looted and polluted and no one takes responsibility for conserving them. It wouldn’t make sense to blame nature for its own deterioration. Yet people in poverty are too often blamed for “not wanting to get out of their situation”. This shaming is one aspect of the violence extreme poverty inflicts on those who suffer it.

Our society condones exclusion. Many consider it normal to evict people because of health or environmental hazards and yet to provide them no decent sustainable housing. In many countries, child protection services can take children away from parents because of “educational shortcomings” without enabling the parents and children to remain connected. Local, national, or international authorities respond to emergencies by providing relief to victims of disasters, but then abandon them soon after. Sometimes these victims are even stigmatized when their situation of extreme insecurity lasts for too long.

All of this is only possible because we continue to behave as if some people have less value than others — or even no value at all. Society carries on, knowing nothing of how people in extreme poverty resist hardship and refuse to accept the impossible conditions in which they live.

Despite this lack of awareness, domination, and abandonment, people living in extreme poverty invite us to take collective responsibility for every person as well as for our planet. If we build on their experience and their understanding, we can create a more just world, a world with respect for each person’s dignity and for the planet itself. People living in poverty urge us not to wage separate battles as we work towards these twin goals. Rather, they urge us to face both challenges fully and jointly, starting from a desire to tackle them in partnership with those whose suffering has been the greatest.

Our journey together continues

As the International Leadership Team, we have been happy and honoured to undertake this journey with all of you over the past five years. After October 17, 2021 a new team of Bruno Dabout, Chantal Consolini Thiébaud and Martin Kalisa will continue this journey alongside you.

Thank you to each and every one of you and, as we say in places that are dear to our hearts, we stand together!

Wishing you all the best for October 17th,