The Power of Language in Eradicating Poverty 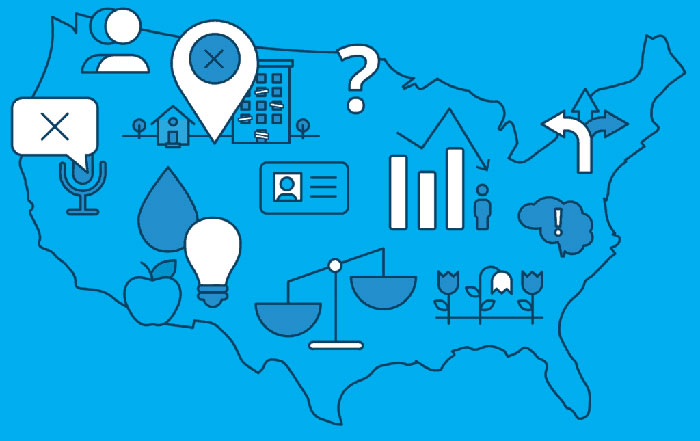 This article is based on a presentation by ATD Fourth World activist Maryann Broxton during the webinar “Ending poverty by 2030: Transformations needed to achieve SDG 1.” The webinar was a side event at the United Nations High-level Political Forum on Sustainable Development.

Moderator: To truly achieve Sustainable Development Goal 1, we need to eradicate poverty “in all its forms, everywhere.” This means poverty is a universal problem affecting both developed and developing countries. In addition, the goal recognizes poverty as a multidimensional phenomenon beyond income deprivations.

Your organization’s motto is “All together in dignity” and you engage people experiencing poverty directly in policy-making. Based on your experience as an activist and as a researcher on poverty in the United States, what in your view are the main barriers to poverty eradication in the Global North?

Maryann Broxton: Thank you very much for your question and for the opportunity to take part in this dialogue today. I would start with the language that we use when we talk about poverty. This may seem overly simplistic, but the language that we use enforces narratives. Language can be a form of othering people that strips them of their humanity. For example, when we say “the poor” or “the homeless,” you are viewed as no longer human. Once you’re no longer seen as a human being, it becomes that much easier to marginalize and subjugate people. It becomes okay if you live in poverty, in substandard conditions.

Another word we use is “generational poverty”

The US is seen around the world as a rich, developed country. But that doesn’t mean that everyone here is rich, or that persistent poverty doesn’t exist. Saying “extreme poverty” ignores that fact. Instead, we should be saying “persistent poverty” because it recognizes “poverty in all its forms” as stated in SDG 1, and doesn’t place blame on people who are enduring some of the hardest experiences in their lives.

Following this, in the US, as in other places in the Global North, we use a monetary standard to measure poverty. This leaves out many other aspects of poverty. A monetary standard also contributes to the deserving and undeserving mindset, and a redefining of who qualifies as being “in poverty” when it comes time for allocating subsidies.

We need to go beyond monetary standards. And by that, I don’t mean adopting the “consumption” measurement because this too ignores poverty “in all its forms.” Instead, we need to embrace a multidimensional guide that not only takes into account aspects like resources and health, but also acknowledges the role institutions, subjugation, social identity, and well-being play in the experience of poverty.

People experiencing poverty must be at the table

A couple of moments ago, my fellow panelists talked about investing in policies that work. I truly appreciate that. But in order for such policies and partnerships to work, we have to ask who’s being included. Are we including people with direct experiences of poverty? Because if we want partnerships and practices to work, people with a lived experience of poverty must be included from the very beginning.

I like to say that people in poverty know how poverty policy actually works as opposed to how it is supposed to work on paper. Because they live poverty every day.

What we have to learn to do is to share the space, and not only share the space but share the power. And I can give you a perfect example of that. You said that I am an activist from ATD Fourth World. For us, an activist means a person with direct experience of poverty. So that’s who I am.

ATD Fourth World asked me to be the co-coordinator of the US segment of the international research project on The Hidden Dimensions of Poverty that fellow panelist Robert Walker also took part in. So a person with experience of poverty was asked to have power and to be at the table.

If we want to have policies that work and include everybody’s input, thoughts, insights, and ideas, we should actually know what’s going on. As opposed to what is supposed to work on paper. We need to adopt upstream, midstream, and downstream methodology based on inclusion and equity: upstream, for creation of policy, practices, and solutions; midstream, for implementation practices; and downstream, for critical review. This means everybody is at the table at each step.

Someone mentioned earlier that it seems sometimes women are invisible, but they’re really there. It seems sometimes when it comes to policy that people in poverty are invisible and others are deciding what is best for them, as opposed to having the people with direct experience deciding also. Because we know poverty as we live it every day. We know how things actually work.

If the knowledge and insight of people with a direct experience of poverty is not included at all stages of the process, we will not be able to end poverty in all its forms.

Around the world, ATD involves people in poverty in research and in policy dialogues on issues that affect their lives:

The video in this article describes how ATD-Tanzania included input from people in poverty in the “Hidden Dimensions of Poverty” research project.

The video in this article shows how ATD-Poland worked with people in poverty to develop a proposal for a new law.

Article about citizens living in poverty meeting with the European Parliament for a dialogue on poverty policy.

More on ATD’s political engagement around the world.