A Tribute to Jacques Petidor 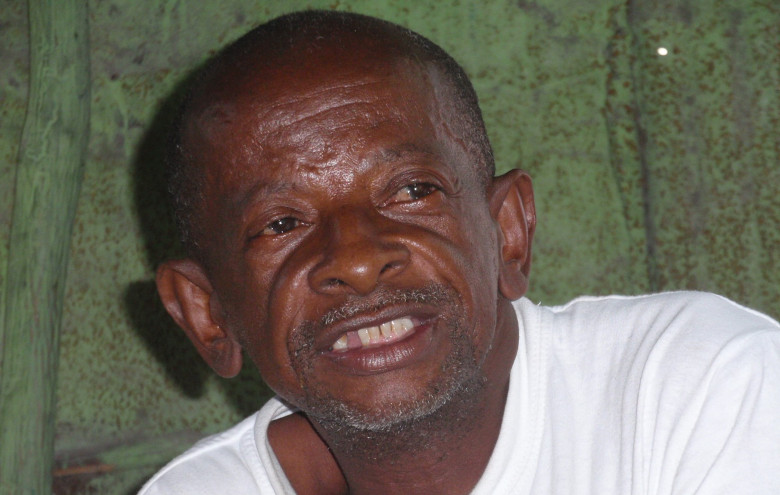 This article is based on excerpts from the ATD International Leadership Team’s message for Jacques Petidor’s funeral, held December 22, 2021 in Port-au-Prince, Haiti.

Everyone who met Jacques Petidor knew him as a fervent defender of justice and fellowship. It was the injustice Jacques endured as a child that made the man who became an activist for human rights. However, many often noticed a cheerful and encouraging look in his eyes.

Throughout his life, Jacques worked hard, learning from two sources: the school of life and the general knowledge around him. And he never stopped telling others about what he was learning.

Promoting freedom through democracy and literacy

Jacques worked tirelessly to restore democracy to Haiti in 1986, first with the Young Christian Workers and then as a trade unionist with Christian Workers Action. In addition, Jacques co-founded the Collective for Education and Alternative Development. “We are here to make change,” he said, describing the organization’s work. “We are small flames forging a new destiny that begins with literacy.” This crucial organization in Haiti has helped more than three million people with reading and writing.

In order to visit someone he cared about, Jacques would climb the steep paths of Martissant or other neighborhoods surrounding Port-au-Prince, places where nobody else would go. We remember him coming back from one of these trips. He’d be exhausted but his eyes shone with the hope that literacy could be a bright star in a sky darkened by doubt.

Jacques’s convictions also led him to accept a job at Haiti’s literacy office. Until the end of his life, Jacques believed in the power of literacy as a path to freedom.

“I was ready to step away from this struggle”

After learning about ATD Fourth World in the early 2000’s, Jacques described what he gained from being an Ally.

“We must find other ways of sticking with this kind of work to keep it alive. We just can’t deal with the enormity of injustice on our own. After several setbacks and failures, I was ready to step away from this struggle. And that’s when I met Helene Rozet, an ATD Fourth World Volunteer Corps member.”

Jacques was intrigued by ATD’s commitment to people living in deep poverty, especially the essential role that their experiences play in building a more just society. He wanted to know more and became part of a reading group focused on ATD founder Joseph Wresinski’s writings.

Most of all, he liked the connections he found in ATD between people in poverty and those working with them. Seeing the organization’s emphasis on education, he became an active Ally.

A man who loved his country deeply

Jacques brought people together. He was also a philosopher who respected the richness of his people’s culture. Creole was his native language and he studied it in depth. In fact, he was passionate about translating Joseph Wresinski’s writings to give more people access to them.

Despite the ups and downs of history, Jacques never gave up on the dream of liberty and justice. His deep roots from the Haitian Revolution and the founding of the Republic of Haiti inspired and grounded him. With a strong understanding of events there, he stayed attuned to politics and activism. Listening to him helped people understand Haiti and want to love the country too.

Bearing witness to suffering and strength

Jacques was a brother to the humble. And through his wisdom and generosity, he became a friend to the mighty. But no matter where he was or with whom, Jacques remained himself. He gave great importance to October 17, World Day for Overcoming Poverty, begun in 1987 by Joseph Wresinski. Jacques saw this day as an educational space where those in poverty could be actors in their own struggle and not be left out. For this reason, Jacques agreed to be a member of the International Committee for October 17.

Jacques would have been at home anywhere in the world, but he chose to stay in Haiti to be a witness to “the strength of a people to go beyond the chains of the poverty that surrounds them.”

The taboo of child domestic workers

The past years were full of tragedy and tensions. On January 12, 2010, the Haitian earthquake proved to be a disaster beyond measure. It was a terrible shock for everyone.

Once again, Jacques chose a path of resistance, this time through writing. In collaboration with six other members of ATD Fourth World, he wrote Ravine l’Espérance (Ravine of Hope). The book was an opportunity to write about many experiences Jacques had had since childhood. In a recent video with Entraide et Fraternite, a Belgian NGO, Jacques talked about the character of Roche, the protagonist of the book.

“Roche denounces the taboo around children working as domestics, a reality that even human rights groups don’t speak of. Yet right now in Haiti, 350,000 children are in this tragic situation. The book gave us the chance to show how this social injustice characterizes our country and we did everything we could to denounce it.”

“The struggle is in your hands”

Jacques has left behind an immense contribution to both his people and the world. We are also extremely grateful to Jocelyne Petidor, Jacque’s wife. Like him, she is also an activist and her work seeks recognition for women as agents of change and peace. Our gratitude goes also to their two beloved children and other family members who were so supportive of Jacques these last years.

People around the world who were lucky enough to know Jacques are deeply aware that having him for a friend and teacher was a rare opportunity and a great honor. They will remember him as a man of integrity and fairness, with a fine sense of judgment and exceptional moral strength. Through Roche, Jacques speaks to each one of us today saying, “The struggle is in your hands.”