Home > Where we are > Europe > Ireland

ATD Fourth World–Ireland (trading as All Together in Dignity (ATD) Ireland) is based in Dublin, Republic of Ireland.

ATD Ireland has the following objectives based on a human rights approach:

ATD Fourth World has been present in Ireland since 1999. In 2009, ATD Fourth World–Ireland became a registered Irish charity and a company limited by guarantee without shared capital. ATD Ireland is also a membership-based solidarity organisation. It has 39 members composed of people with lived experience of poverty, allies and supporters.

“My Life in the Homeless Services”

Above: Jimmy and Christina Christina grew up in the foster care system in Ireland. Here, she describes how “the system” (…) END_OF_DOCUMENT_TOKEN_TO_BE_REPLACED 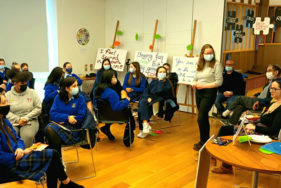 “What I’ve learned is that a lack of empathy is the most important thing that can happen to someone, and (…) END_OF_DOCUMENT_TOKEN_TO_BE_REPLACED 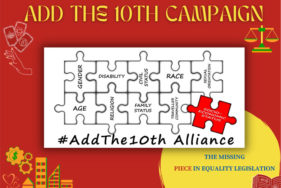 All together in Dignity (ATD) Ireland
30 Mountjoy Square East
Dublin 1, Republic of Ireland